Dates
April 8-15 | 2022
Why these dates?
From the end of March to the middle of April is the baby birth time for golden monkeys in Qinlin Natural Reserve, and it is also the mating time for other rare wildlife.
Price
Included
Not Included Mercier Zeng designed this itinerary based on years of experience. He will guide the workshop himself.

Mercier has guided 300+ photographers from all over the world, and received over 100 excellent reviews on TripAdvisor. Some photographers traveled with him in Guilin as many as 3 times, or even 5 times. Since 2014, he has been helping beginners and pros to take portfolio shots.

Mercier has traveled to many photography destinations overseas, like Myanmar, Vietnam, Thailand, and New Zealand, to research photographers' needs.

Stay in Taiyuan this day.

Welcoming dinner together. The leader will introduce the photo trip at night in the hotel.

Head to Lijiashan Village in the morning.

Shoot the cave dwelling, which is a kind of very unique architecture in northwest of China, it's the picture of how local people survived in poor and dry land.

Listening the story of the village and people's life nowadays and past. 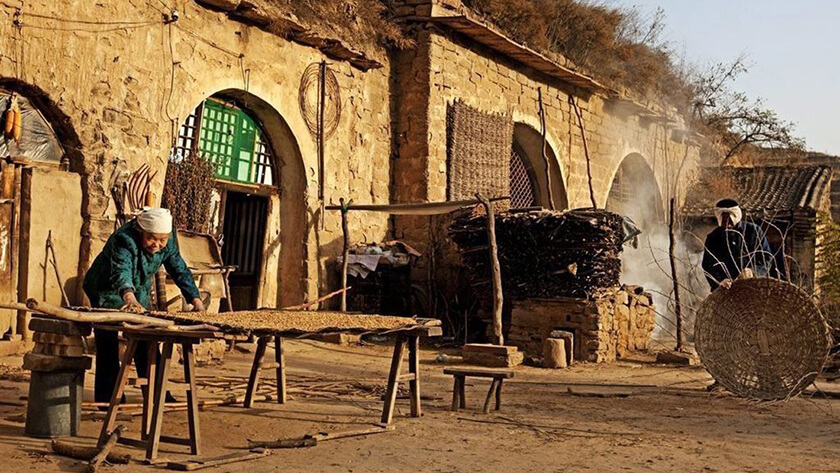 After breakfast, take photos of the Yadan landform in Jingbian wave valley, which is one of the most spectucular wave valley in China.

Head to Hukou Waterfall in the afternoon. 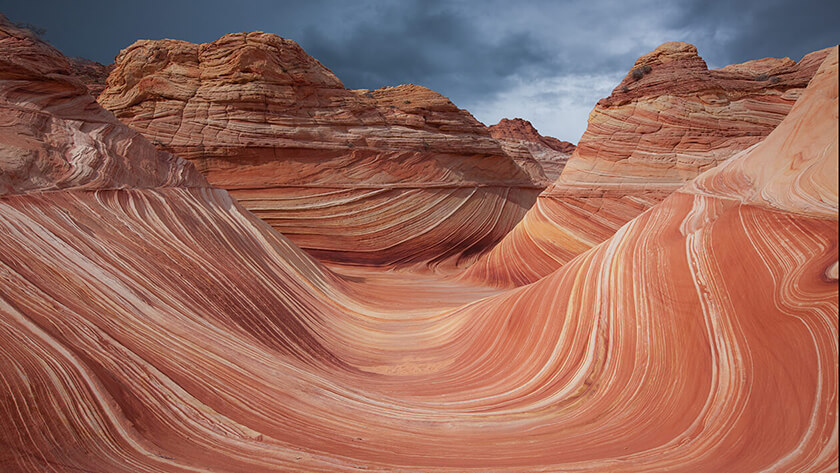 Shoot the Hukou Waterfall in the morning, which is the largest yellow waterfall in the world, because the water bring lots of sand and mud from upper reaches of Loess Plateau, it gets yellow and yellow.

Shoot the Ansai waist drum performance, it is the traditional celebration for Chinese New Year.

A dancer with a red drum tied to his waist holds a drumstick with red silk, beating the drum while dancing. The rhythmical drum sound and graceful dance show the straightforward and uninhibited character of villagers in northern Shanxi Province and is an expression of their happy and passionate feelings. 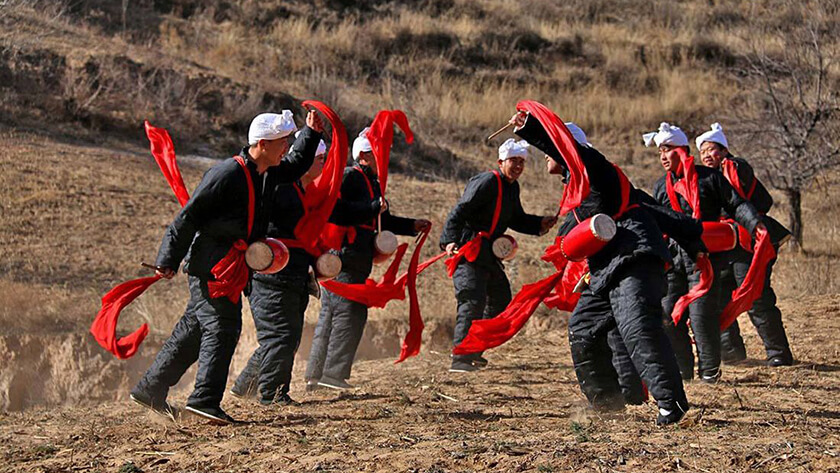 After breakfast, go to the Yucha Grand Canyon to shoot Yadan landform, which is the geological wonders deeply hidden in the Loess Plateau. It is also named as 'Antelope Valley' of China.

Heading to Huangling in the late afternoon.

Head to Foping County in Hanzhong in the early morning after breakfast.

The Foping is one of the few remaining places where Giant Pandas still live in the wild, but they are extremely rare and keep to remote, inaccessible upper slopes well out of our reach, so we will focus on Golden Snub-nosed Monkeys instead.

The golden monkeys aren't difficult to find as there is a scientific station in the nature reserve where researchers feed them and they are habituated to people.

In addition to the monkeys, the forest, river valley and cliffs are also excellent places for viewing a variety of differnet bird species such as the Wallcreeper and Forktail.

In the afternoon, photograph rare protected wildlife such as giant pandas in Panda Valley of Foping County. 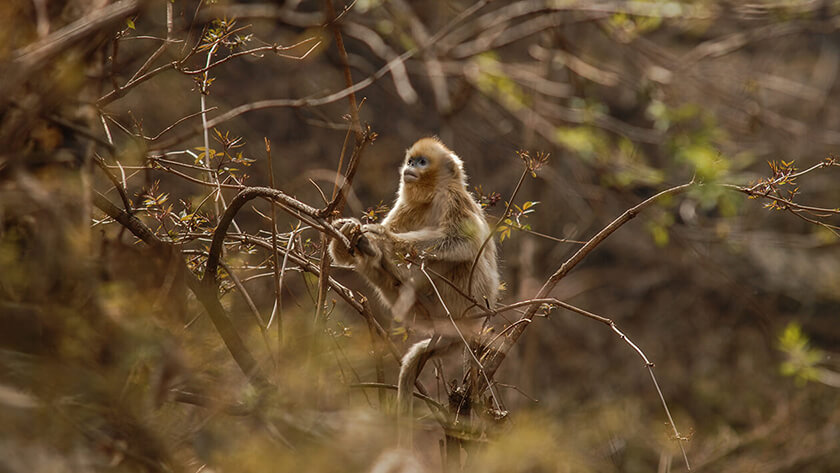 After breakfast, continue to photograph rare wildlife such as Asian Crested Ibis. There were only 7 left in 1980s, now the number increased to 2000 because of protection and special natural reserve for them.

After lunch, will go to Yang County to shoot golden monkeys and other rare wildlife. 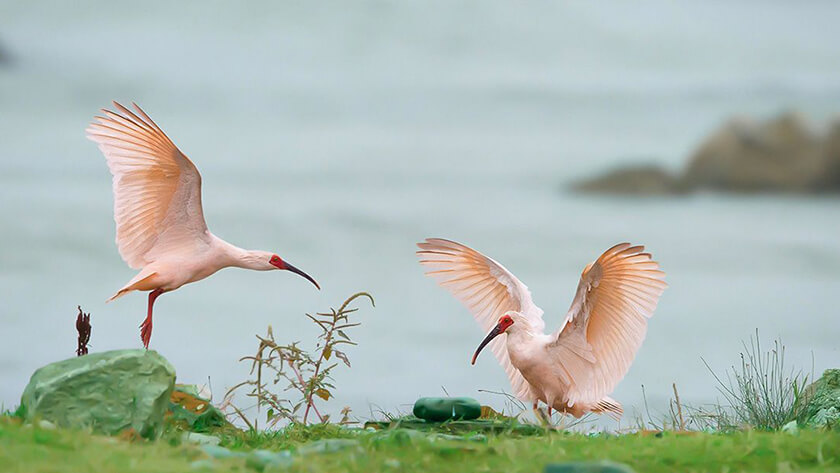 Head to Xi'an after lunch, dismiss and say goodbye. 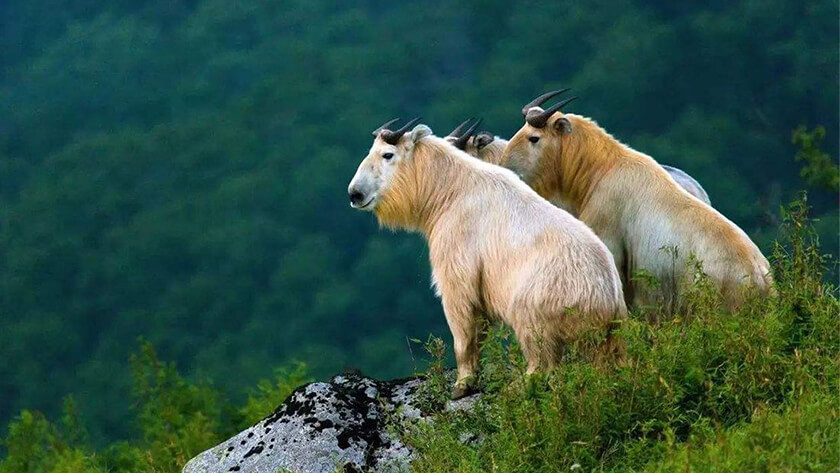 The photo tour is not open for booking yet due to the restriction of foreigners to the natural reserve area. Count you in now and will let me know once it gets possible.