Destinations Yunnan
No matter you are looking for photography, food, relaxing or adventure, Yunnan has all.

Yunnan is a paradise for photographers. Whether it is the spectacular Hani terraces, the unique karst landforms or the interesting red land, it seems that every corner of the place can inspire photographers and tourists.

Yunnan has one of the most spectacular hiking routes in China, Tiger Leaping Gorge, breaktaking Meili snow mountains scenery and relaxing ancient towns, Dali and Lijiang.

"Worth every penny ... these guys go above and beyond and provide excellent service."
Kwun Phite, Singapore 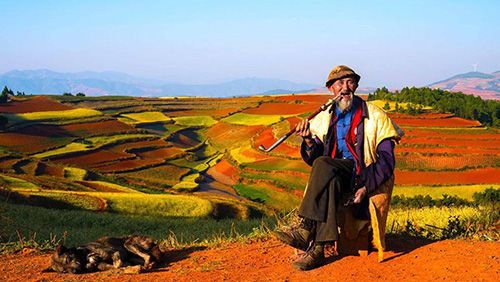 What to photograph in Yunnan?

This is a spectacular land that is considered by experts to be the most imposing red land in the world except Brazil's Rio de Janeiro, and its sights are more magnificent than the Brazilian red land.

The flaming earth, the green vegetable fields, the unique shape, and the beautiful lines, the blue sky, the white clouds and the unpredictable light of the shirts are like the paintings painted by the sky. The colors are gorgeous and stunning, shocking, dizzy and dreamy!

The Yuanyang terraces are large in scale and magnificent. They stretch across the Red River, Yuanyang, Luchun and Jinping counties on the south bank of the Red River.

The Jianshui 17-hole bridge has also been favored by photographers in recent years.

Besides, three pagodas in Dali, ancient streets and architectures in Lijiang, the well-preserved ancient tea-horse road in Shaxi and Shuhe ancient town, which are all good spots for photography

The west of Yunnan is in subtropical climate area, there are nearly one hundred species of birds migrate here for the winter.

From November to March is the best time for birds shooting in west of Yunnan.

Myanmar and Yunnan golden monkeys are all in Yunnan province.

The weather is warm all year around in Yunnan.

The best photography time for Yuanyang rice terraces is from December to March, all fields will be flooded in this perior, and high chance to capture sea of clouds as well.